Although at first glance this monster may seem random, in this episode you’ll learn how the importance of wool production, the absence of Santa Claus, and a respect for cats drove Icelandic folklore to create such a gruesome Yuletime critter. #yulecat #christmas #iceland #cat #MonstrumPBS Written and Hosted by: Dr. Emily Zarka Director: David Schulte Executive Producer: Amanda Fox Producer: Stephanie Noone Illustrator: Samuel Allen Editor: Sara Roma Produced by Spotzen for PBS Digital Studios. We would like to sincerely thank Dr. Árni Björnsson for his expertise and time. Special thanks also to Sylvía Oddný Arnardóttir and the Skógar Folk Museum, and Gróa Finnsdóttir and the National Museum of Iceland.

Along with the 13 Icelandic Yule Lads, there is another important Christmas character who must be mentioned. The Christmas Cat (Jólakötturinn — Yule Cat). This fearsome feline had an important role to play in centuries past and still lives on in today’s Icelandic Christmas traditions.

From the earliest days of the Norse settlement in Iceland, Winter was the time of year when wool was spun and new clothes were made and it was traditional for everyone to have new clothes for Christmas.

In fact, traditionally, any child who did not have at least one new item of clothing for Christmas risked being eaten by the dreaded Christmas Cat.

Some say it is the house cat of the Yule Lads‘ parents, the mountain-dwelling trolls, Grýla and Leppalúði and that it lives with them in their cave, although this seems to be a rather recent development. But everyone agrees that this is one mean feline and that any person who dares not to have at least one new item of clothing at Christmas, risks being gobbled up alive by the Christmas Cat.

No wonder that to this day, it is de rigeur to have at least one new piece of clothing for Christmas in Iceland. 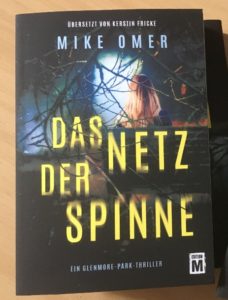